Get wiser about: What happens if someone makes a car insurance claim against you? 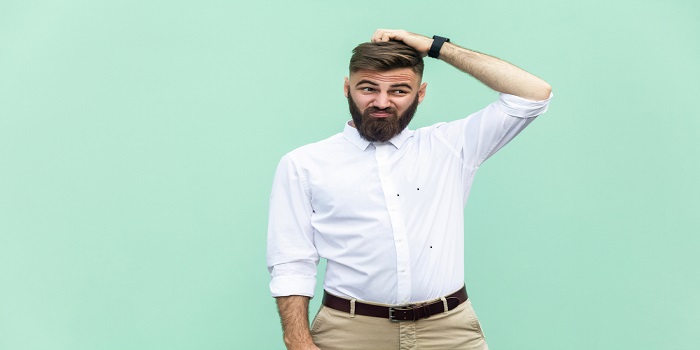 Before we delve into what to do if you're blamed for a car accident, we thought it might be fun to lighten the mood with 'The Great Blame Game'.

Just to reassure you, we promise we take insurance claims very seriously and this guide will also tell you all you need to know about what happens if someone makes a claim against you.

Here's what else we have in store:

Someone makes a car insurance claim against you and you accept responsibility. What next?
Someone makes a car insurance claim against you but it wasn't your fault. What next?
Can someone claim on your car insurance without you knowing?
What if you only have third party cover?
Will your insurance go up if the accident wasn't your fault?
Should you claim on your insurance if it's not your fault?
Will you lose your no claims bonus if someone claims against you?
Do you have to pay your excess if you're hit by another car?
Real life case study 1: Greg's experience. A bumper classic
Real life case study 2: John's experience. Roundabout rage

Pride yourself as an Honest John ? Or would you admit to having more questionable morals? Play 'The Great Blame Game' to find out now.

Question 1. You're driving down a narrow street when you smash the wing mirror of a parked car. Do you:

A) Immediately stop to investigate the damage and leave your name and number on the car's windscreen
B) Think 'What wing mirror? I didn't even drive today'
C) Hope that no-one saw you and drive away. Although you can't help feeling a bit bad about it

Question 2. You pop to the supermarket for last minute supplies and accidentally open your door against the car next to you. To your dismay, you've marked their paint. Do you:

3. How would you describe your driving style?

A) I'm a smooth operator - I should have been a Chauffeur
B) Fast, but not furious. I thought about auditioning to be Top Gear's 'Stig'
C) Conscientious. I obey speed limits, let old ladies across the road...careful is my middle name

That's it! Scroll to the end of this guide to see how you scored.

Now, back to the serious bit.

Someone makes a car insurance claim against you and you accept responsibility. What happens next?

Firstly it's not a good idea to accept responsibility (liability) even if you think you were at fault. If you do you may find that your insurer will decline cover so check with them first. If you do accept responsibility for the accident and your settlement matches the other party's, then the claim procedure should be fairly straightforward (if your insurer has agreed to cover the claim).

Your insurer's claim team will speak to the other party's insurer, deal with the solicitors and speak to your repair garage. You shouldn't have to do a thing. The claim will be paid as soon as your insurer receives the bill.

Find out how a real life 'at fault' claim was settled in our case study about Greg and his 'bumper classic' later on.

DO THIS NOW: CLICK HERE TO check your car insurer's claim reviews. Read how their customers have rated their claim experience - before you have to make a claim. That way you can feel more confident you've picked a worthy car insurance.

Someone makes a car insurance claim against you but it wasn't your fault. What happens next?

Now this is where things can get complicated, as you'll see in our case study from John later on. It's your word against someone else's, so how does your insurer work out who caused the accident?

It works a bit like a Police investigation. Your insurer's liability team will gather evidence to determine who was at fault. The other party's insurer will do the same. Evidence collected will include:

If one driver can be proved guilty (100% liable), the other will receive a full settlement pay-out. If you're both found partly to blame, you will need to agree to share the responsibility before you can receive a split-liability pay-out.

In an ideal world, you will agree to this relatively quickly, but sometimes it can end up taking years.

What if you only have third party cover?

If someone claims against you and you accept liability (see above), then your insurer will pay the third party's costs. However, if your own vehicle needs fixing, you will have to pay for it out of your own pocket.

If the accident wasn't your fault, you can make a claim against the other driver and this will be dealt with by their insurer. If they find that you were not at fault, you will get reimbursed and this could cover everything from damage to your car, to car hire or time off work. 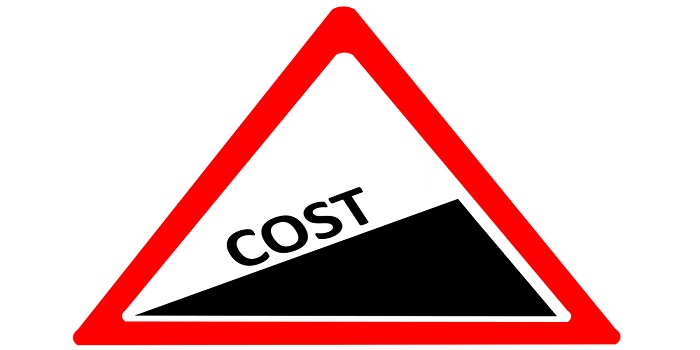 Will your insurance go up if the accident wasn't your fault?

You don't have to be a rocket scientist to realise that if you cause a car accident, your insurance will rise at renewal and you will lose your no claims discount (unless it's protected).

We hate to be the bearer of bad news, but it's also likely to increase if you claim for an accident that's not your fault. We're not saying that it will definitely rise, but it probably will.

You'll also lose your no claims bonus (unless you've paid to protect it) and it's this that will be the main cause of the rise to your premium.

According to uSwitch, if you lose some or all of your no claims bonus you will notice a rise in your car insurance costs. Some providers can raise your premiums by up to 30% for one non-fault claim. This can rise to 50% for two non-fault claims.

Your premium will go down again in time, once you've accrued a fresh set of no claims bonus years. All this is likely to make you wonder if it's worth claiming at all, so....

Should you claim on your insurance if you're not at fault?

This really depends on the extent of the damage done to your car. And whether the other party involved has accepted liability. If they have, it's down to their insurer to manage the claim process. So you shouldn't have to claim through your own provider.

If the damage was caused anonymously - for example your car was vandalised; you will need to claim through your own insurance. You will still be considered as 'not at fault' so your renewal shouldn't rise too sharply.

It's important to note, that you will have to pay your excess, but the other party's insurer will return this to you upon settlement of the claim.

Do you have to pay your excess if someone makes a claim against you?

You only pay your excess if you are claiming for damage to your own car. If a third party is claiming against you, you don't have to pay it.

Will you lose your no claims bonus if someone claims against you?

No. If you're not at fault you won't lose your no claims bonus. If you are at fault, or liability is agreed on a split percentage basis, you will lose some of it, but not necessarily all of it. Insurers roughly agree that you lose two years' no claims bonus if you have one claim in a year. For example, if you had seven years' no claims, this would drop to five.

Now that we've looked at the key things you should know if you make an insurance claim, run through some real life examples and see whether you can predict the right outcome.

Greg had a car insurance claim made against him in 2007. He was driving his BMW 330I in Croydon (in his defence, it's a town he doesn't know well), when he drove into the back of a Volvo v90. The Volvo had stopped to let a car out at a junction and Greg hadn't realised until it was too late.

He fully admitted liability, so his insurer paid for the damage and the claim was settled quickly and smoothly.

VERDICT: As expected, Greg's renewal went up and he lost his six years' no claims discount.

This is a textbook example of the perfect claim. Our second case study, doesn't run quite as smoothly...

In 2014, John was driving home from work, just as he always did. He was on a roundabout in Horsham, West Sussex and indicated left to come off. He kept in the inside lane but as he made his exit, a Fiesta on the outside of him continued driving right around the roundabout. It hit John's £2,500 BMW 320d on the left hand side, causing £1300 of damage. This classified John's car as an insurance write off.

Both car's stopped and the two parties agreed to move to a safe place to discuss what to do next. Unfortunately for John, the Fiesta driver didn't stick to his word and drove off. John went to the police straight away, the Fiesta driver went 24 hours later.

Within two months, John was told he'd won, but the other driver contested it and offered to split the costs 50/50. John refused and the third party decided to take him to court.

Despite being advised by his solicitor to accept the 50/50 offer, John refused it again. Two days before the court date, the Fiesta driver admitted full liability.

That should be the end of the story, but five years later, John is still awaiting his pay out. He wants his £200 excess, plus a refund for the cost of his increased premiums. He's switched insurer three times since the accident and his insurance still hasn't fallen to it's pre-accident level.

We hope that this guide has put your mind at ease about what happens if someone makes a car insurance claim against you. Don't be too put off by John's 'Roundabout rage' experience. That was an extreme case.

Now there's just one thing left to do. If you played 'The Great Blame Game' - let's see how you scored.

We're not saying you're a bad driver, but we are saying that if we were in a collision with you, we'd be a little bit nervous. You might be a trustworthy sort off road, but on the road, we'll steer well clear thanks!

Medium...average.... these are GOOD things. You're clearly a fair, level-headed person, with a good balance of fun versus foolish. You have a conscience but you don't overthink things. We'd happily car share with you.

7 - 9 points = Careful but not care-free Claude

Now you are definitely a good egg. No doubt about it. You're honest, trustworthy and reliable to a fault. Just don't be too hard on yourself. Nobody's perfect and everyone makes mistakes. We'd hitch a lift from you in your ....Nissan Micra? Anyday (did we guess right?!).

Tell us, have you had a car insurance claim made against you?

Let us know how your claim was handled and rate your insurer to help others choose their next car insurance policy more wisely. As a thank you we'll also send you an Amazon voucher when your review is published!

(*T&Cs apply. limited time offer. ClaimScore reserves the right to terminate this offer at any time. )

NEXT: WHAT YOU NEED TO KNOW ABOUT DECLARING PENALTY POINTS TO YOUR INSURER

[PIN THIS FOR LATER] 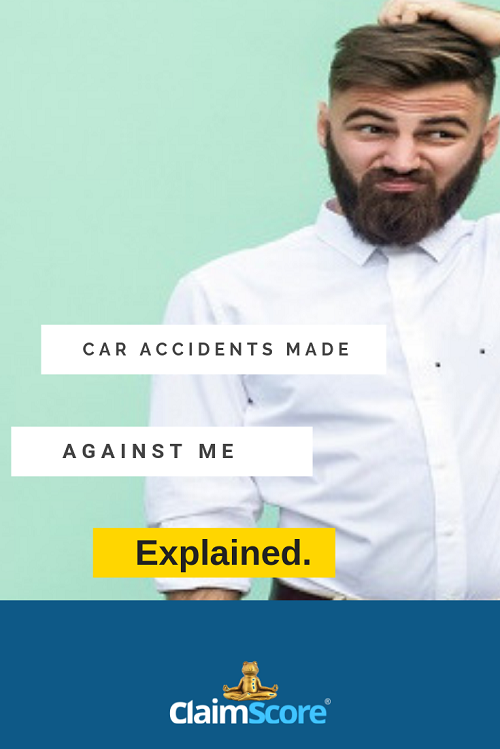